We left Beach Marine in Jacksonville (where we had been getting the boat ready) on December 17th. We spent a few days and nights in St. Augustine, which is a city we enjoy immensely even when we're traveling by land. We fixed an engine electrical issue there and thought we'd fixed an issue with one of our refrigerators, but the refer is still acting up. We spent the night of the 20th in Daytona and spent last night in Titusville (we could see the NASA vehicle assembly building from the boat, which was thrilling for Rye. Tonight we plan to stay in Vero Beach. We're traveling down the Intracoastal Waterway (ICW for short) right now. I wouldn't say we're settled into the boat yet, we've really only been living aboard for a few days, but we're gradually getting everything stowed and figuring out our systems. We're feeling really confident that this boat will serve us very well on the trip, though.It's getting much warmer, which is nice. We'll probably stow warm jackets soon and not pull them out again for many months. I'm feeling a bit sick today so will sign off for now. 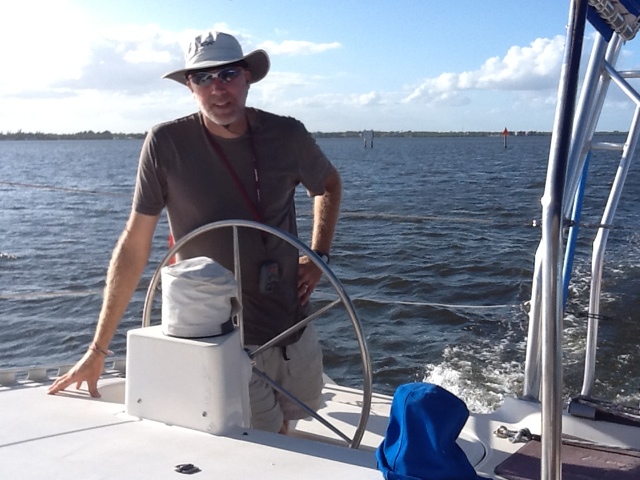