Why you want to sail downwind...

Two short videos to show you why, at least in a cat, you want to sail downwind.

First, observe a bit of the passage from Bocas del Toro to Providencia, Colombia.  Close hauled, seas were 1-2 meters, but pretty steep and confused.


Now, a little downwind sailing between Providencia and the Vivorillos Cays of Honduras.  Oh yeah....

Posted by Susan Geiger at 8:45 PM No comments:

If you can, we recommend you look our position up on Google Earth. We
are in the Vivorillos Cays, which are beautiful and wonderfully in the
middle of nowhere. We are one of two boats here right now (the most
that were here during our stay was four). It's the kind of place
where the days melt together, with snorkeling, beach play, fishing and
beautiful sunsets. It feels like we could stay here forever, but
there are strong winds coming and we need to move along so that we can
enjoy the destinations coming up (the Bay Islands, Guatemala, Belize
and Mexico). So we are leaving later today for the Bay Islands.

Overall, the last couple of weeks have been amazin. We spent a little
under a week on the island of Providencia before coming here to the
Vivorillos. It was one of the most charming islands we've visited on
the entire trip. Nominally it is part of Columbia, but culturally they
identify with England (I think the last time they were actually part
of England was the late 1700s). In fact, on the island, they call it
"Old Providence" rather than Providencia. One night, the cruisers were
all invited to an appreciation night sponsored by the tourist bureau,
where an honest-to-goodness Caribbean string band played (including
percussion played on a horse jaw bone and bass on an upturned tub) and
locals demonstrated historical ballroom dancing (that is, English
costumes and waltzes and mazurkas to a Caribbean beat).

For our sailor friends, the most shocking aspect of Old Providence/
Providencia is that we felt comfortable leaving our dinghy unlocked at
the dinghy dock. I think the last island where we left our dinghy
unlocked was St. Barth's. And before that, the Bahamas. Actually, as
I think of it, that is the entire list of places where we left our
dinghy unlocked.

We will fit one more snorkel in this morning before heading out around
noon. We should arrive in the Bay Islands sometime tomorrow. Hope
all is well back home!

The Crew of Blue Kai
(thanks to my sister, Marla, for posting this!)
Posted by Susan Geiger at 10:24 AM 1 comment:

Hook is Down in Providencia

After about 46 hours underway, we dropped our anchor in Providencia
Island this morning just after 7 a.m. It was one of roughest passages
to date - mostly into the wind, seas and current - but everyone is
well (although tired) and the boat, as always, did really well. We do
not have a window to sail to the Bay Islands until the end of the
week, so we expect to be here several days.

If we can find reasonably fast internet we will post more details and
pictures.

The Crew of Blue Kai
Posted by Susan Geiger at 7:25 AM 3 comments:

A Small Moment of Pure Joy in Bocas

Our good friend, Jim, and Hannah. 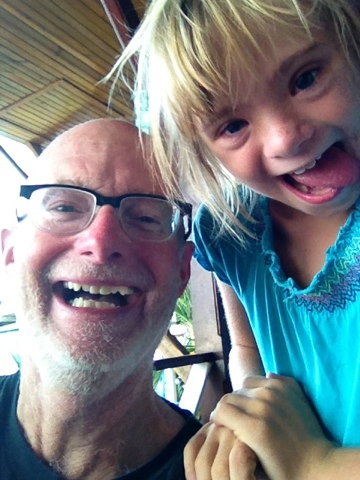 Getting Ready to Leave

We now have a bottle of medical oxygen, sumatriptan (which came via a number of friends Seattle-New York City-Panama City-Bocas Town), and a reasonable weather window. Below is our route north, including a little easting to start with to try to be able to sail once we hit the trades north of 10 degrees north. We will leave early tomorrow, head east, then to Providencia, then jumps to the Vivorillos Cays, then Guanaja Honduras. If all goes well, we will do it in one passage or about 650 nautical miles. Maybe 5 or so days at sea.

One of the last things we did here in Bocas this morning was to get in another surf lesson for Rye. He was out on a break with a bunch other kids (none as young as him, though), sharing a board with his teacher, Luis. They were so far out we couldn't really see them (pic below) and afterward we found that he had ridden waves on Luis' shoulders a couple of times. I am trying to feign a Buddhist detachment from the fact that I don't have a picture of my kid surfing a wave on someone's shoulders. It's not working very well. :) 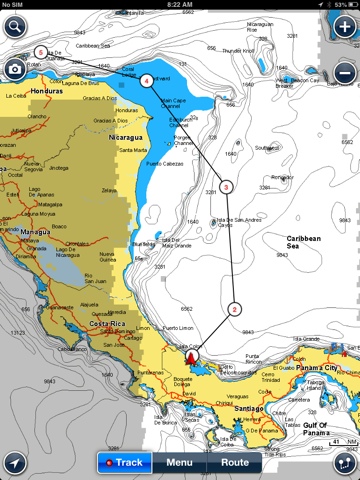 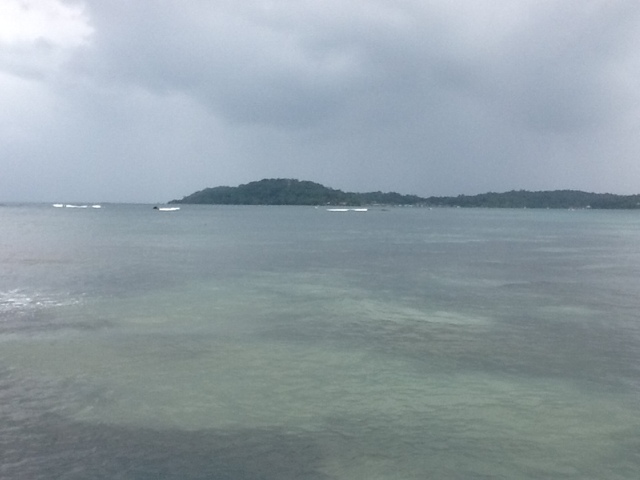 A couple of pics from Bocas. First, the nearly three inch cicada that landed in the cockpit during dinner (yes, that's a quart sized yogurt container). Second, Barbies drying on the lifelines after a swim with Hannah. Oh my. 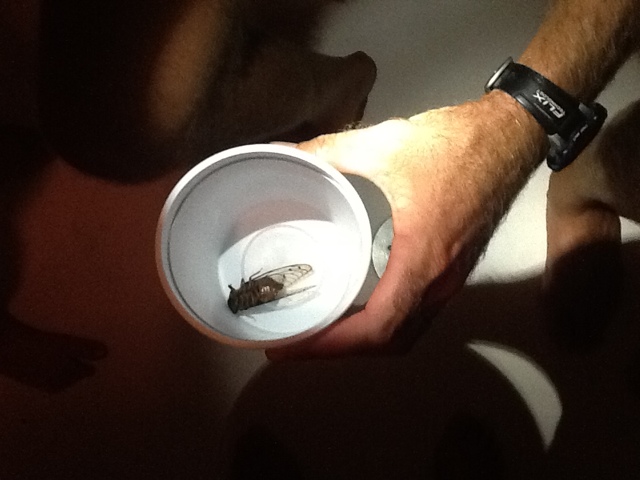 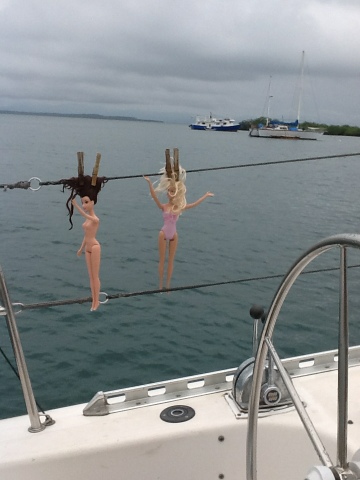